In 2017, I rebranded the Early Bird renewal campaign to increase membership renewals. Based on feedback from active volunteers, I knew the branding needed to include the “early bird" imagery; girls want to look back on their patches and remember why they received it, which was not the case with previous renewal patches.
.
I created four bird illustrations that mirrored a new national Girl Scout initiative: G.I.R.L. (Go-getter, Innovator, Risk-taker, Leader)™. The birds, which were monochrome in the corresponding colors, were named Gabby the Go-Getter, Izzy the Innovator, Rosie the Risk-Taker, and Lacy the Leader. Each year there will be a new patch featuring one of the birds.
.
On a survey conducted after Early Bird renewal in 2017, “patches" was the #1 reason listed for choosing to renew during Early Bird.
. 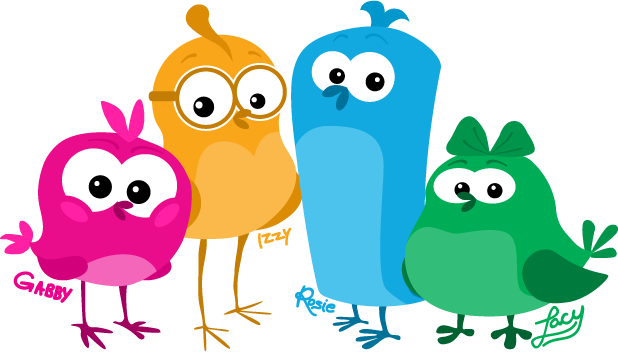 (G.I.R.L. logo for reference only, designed by Girl Scouts of the USA)